Life of a Creator

I wanted to hit 6 figures this year... 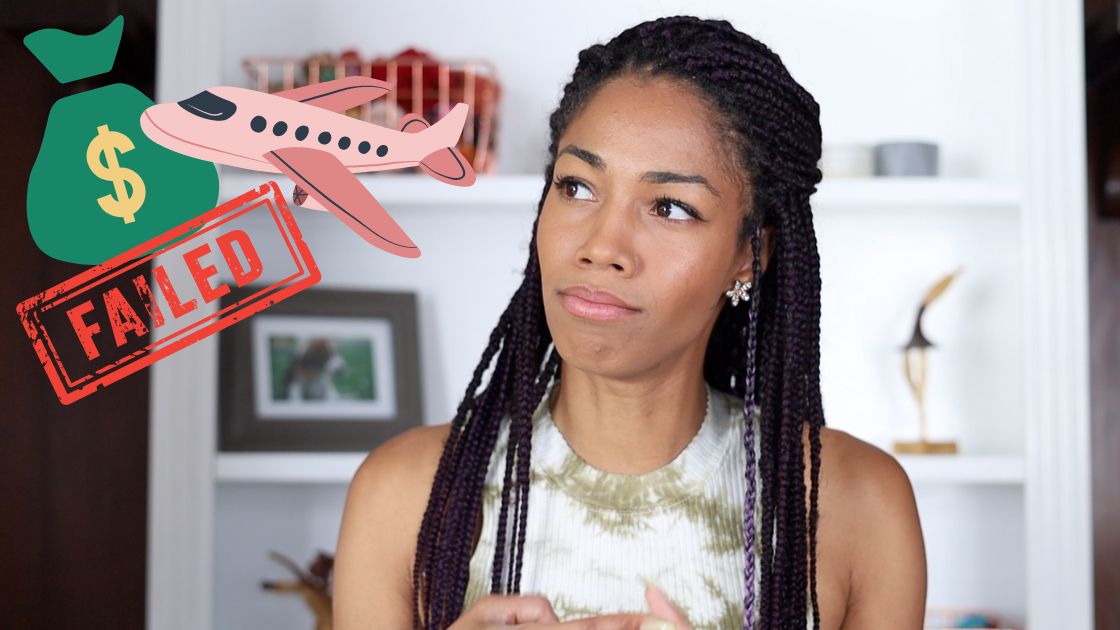 I had a lot of big goals for 2022. I kicked butt on some on and fell behind on most, because life happened and I was severely thrown off course.

I sat down in July to share a mid-year update on how things were going as a micro-influencer. The video is embedded below, and a loose transcript with a table of contents follows for those who prefer to read or skim. 🙂

If you want to see the video where I shared my big-scary-goals for 2022, click here.

And now here I am, having quit my day job, gone on a couple trips, had some amazing doors open…

And at the same time dropped the ball on all of my content creating goals.

So, in this post, I’m going to give you a proper update on the past six months.

We’re going to talk about income (because I know you all like talking numbers).

And because I am in dire need of a reset, we’re going to be talking about how I’m setting my focus and resetting my brain for the rest of the year.

Let’s get into it.

Let’s start off with income, because for better, for worse, I know that that’s what people want to hear.

For 2022, I set a financial goal of six figures, which is just over a 30K jump from last year.

As of mid-July, I have about $43,000 on the books, which means in contracts. It’s not all in my bank account yet, but that is better than last year, although slightly behind my goal of six figures.

Let’s break those numbers down a little bit further:

$42,000 was in brand deals which were spread out over about 20 different partnerships, although several were repeat campaigns with the same brand.

If you’re somebody who wants to make content full-time, I definitely recommend securing long-term partnerships with brands.

If you were doing the math, if I made about $43k and $42k were in brand deals, I made only about $1000 in “other” income. and for me “other” is affiliate income and AdSense from my blog.

That number is definitely not where I want it to be, but when we get into how much I’ve dropped the ball, it makes sense.

And do you know what? $1000 is still $1000. And it helps offset my hosting fees and the different subscriptions that I have, so I’m still grateful for it.

Going into 2022 I had a lot of goals around increased content creation… and I failed on all of them.

Well, I don’t want to say failed… I think I was just a little ambitious.

Here’s a rapid-fire expectations versus reality:

I also dropped the ball when it came to other business-focused goals:

On the topic of organization, I do want to note that I am still using Notion.

But it’s slowly becoming a bit of a dumping ground in the sense that when I get an idea, I’m not taking the time to put it into the correct database or fully fill out the sections, so everything feels a bit half complete.

Obviously, I’m not where I want to be for July 2022, but am I hung up about it? No, not at all. Let’s talk about what’s new and I think it will help explain my lack of consistency.

And ironically, my transition into becoming a full-time content creator is what caused me to drop the ball with content creation.

I had actually started this year really strong. I was pumping out weekly videos on CreatingWithKaya’s YouTube; I was posting TikTok’s semi regularly… And even though I wasn’t doing all the things, I felt more in control.

But around March and April when I started to tie up the loose ends at my day job, I became so overwhelmed and busy that I didn’t have time to film and edit content.

The only thing I could stay on top of was my sponsored content because those had contractual deadlines, and I think for some of those I still had to ask for an extension.

And then once I quit my day job, I crashed.

This was a time where I thought I would feel really free, and have a lot of extra time on my hands…

But I found I was incredibly exhausted–like all the adrenaline had gone out of me and I wanted to hibernate.

Also during this time, I started comparing myself to other creators that were full time as well.

You know, the creators that had the super aesthetic day in the life content that we’re waking up early, drinking in their green juice and just making life as a full-time creator look so glamorous and they’re being so productive.

And I’d look at myself like… why can’t I barely put on makeup and clothes in the morning?

And all that comparison paralyzed me further.

To pull myself out o fit, I had to really slow myself down and recognize that I was going to go at my own pace. And I was also learning to work from home for the first time ever in my life.

While a good percentage of the world had already spent years learning how to work from home. They all got over that hump of not being particularly productive or knowing what to do with themselves or knowing how to manage time.

Something else I didn’t count for was how many influencer events I would be invited to, or how many that I would actually be able to attend now that I was full time.

For the past couple of years, I’ve been getting some really cool influencer opportunities in my inbox, whether that was to workout classes, store launches, VIP experiences.

But I was never able to attend any of them, mostly because the majority of them were smack in the middle of the workday of the work week.

So, a lot of these started coming through for late spring, early summer and I said yes to everything, which also prevented me from working on blog stuff and YouTube, but at the same time, our experiences that I would not pass up.

Because of them, I’ve already been able to make some new creator friends in Vancouver, and that’s something I’m appreciating now more than ever because I no longer have coworkers that I can talk to and bother every moment of the day. And so, my fellow content creators and influencers, in a sense, become my coworkers.

Next, I want to talk about Stan for Creators. As of April, this year, I joined Stan as an ambassador, and that opportunity rocked my world.

If you’re not familiar with Stan, it is you’re all-in-one creator store.

It’s a platform for creators to host their digital downloads, host courses, consultation slots, and their calendar, among other things.

It is for creators who are actively monetizing their experience, their skill sets, their knowledge.

Thanks to joining Stan, I was actually able to cross one of my goals off for this year and that was to create a digital asset which is a Pinterest Starter guide which includes a self-audit worksheet for anybody looking to level up their Pinterest game.

It’s something that I’ve wanted to create for a really long time and without this tool I don’t think I would have gotten around to it yet because look at how I dropped the ball with everything else.

They also gave me an amazing sense of community. I flew to New York for their first in person creator event. I also connected with and hung out with Vancouver creators.

I even hosted my own sponsored get together and I went to their second creator event, Collab Fest in LA.

Now let’s talk about a career highlight that just happened and I’m still recovering from.

I had the absolute honor of speaking with Google for creators once again, this time at Vidcon US.

Not only was it so special from a personal perspective to connect with old friends, but it was just such a validating and empowering experience as a creator.

Overall, I just learned so much from Vidcon and I’m going to be summing up all of those lessons and learnings in another blog post.

Brand new Blog (This one)

The last sort of update from the last six months is that I launched a brand-new WordPress blog, this one, Creating with Kaya.

And I’m now working to consolidate all of my content creation and influencing tips here.

This is a bit tedious as I have to move and redirect a lot of old content creation posts from ComfyGirlCurls, which is going to be home to strictly lifestyle, hair and beauty content going forward.

Resetting for the rest of 2022

So, I hope you understand now why consistency felt impossible the past six months.

And all of the above is also why I really need to reset.

I took some time to just sit down and make a list–a total brain dump. I hope that in achieving the following, I will feel a bit lighter as I go into the rest of the year:

And once I am done, I am going to try to get back to all of my original goals for this year.

All that being said, I’m going to keep pushing ahead slowly but surely. And I’m going to *try* not to beat myself up over any missed goals.

I am really looking forward to getting back to a more structured content schedule across all my platforms, and to whatever doors happen to open up in the future.

I think we’ll hold off on another life update until January of 2023, but stick around for content creation tips!

My Unbelievable Year as a Small Creator 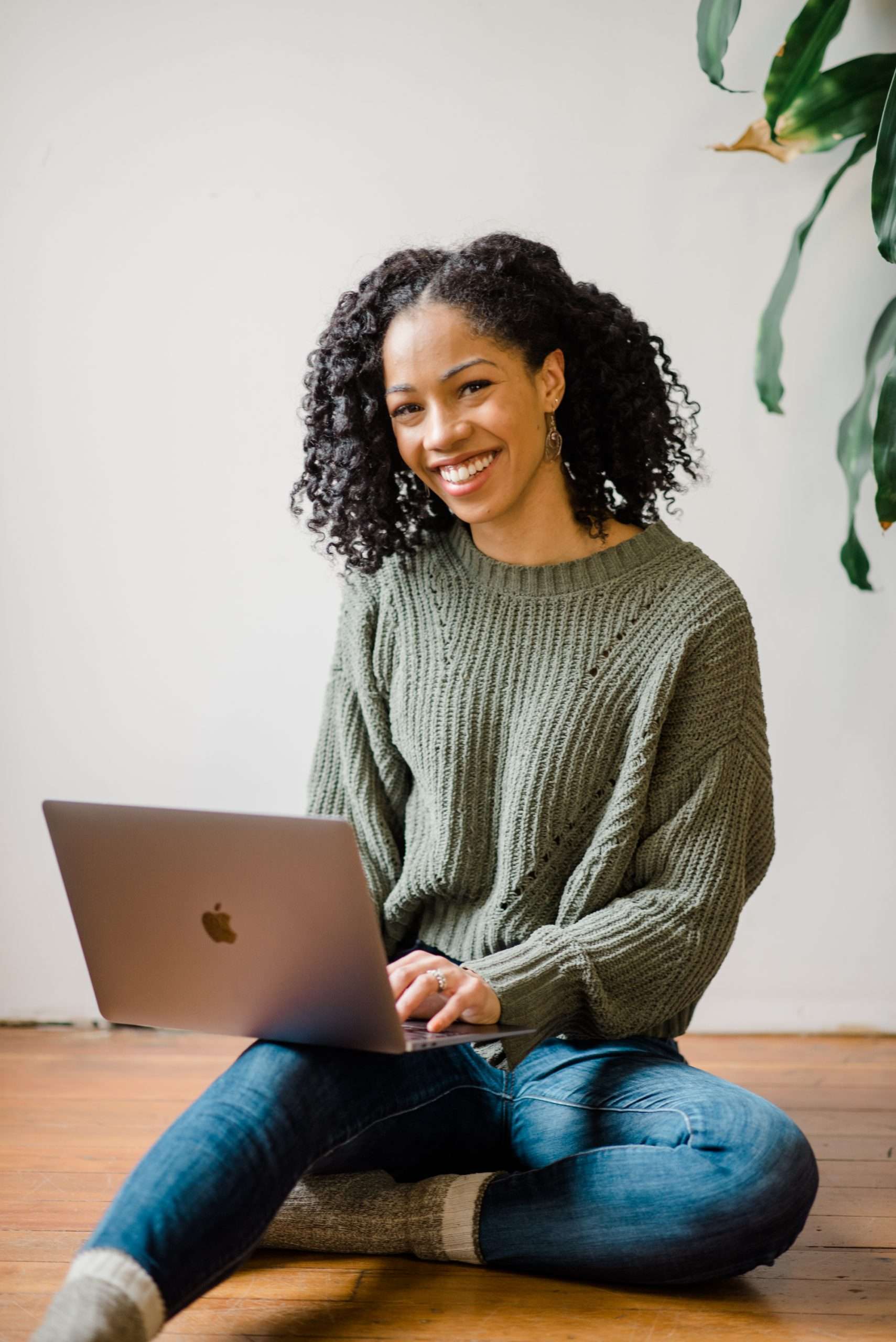 Welcome to Creating with Kaya! (I’m Kaya). Here, I’ll be sharing all the behind the scenes work and strategies that go into building Comfygirlcurls, my lifestyle and natural hair blog.